Accommodation near all the tourist attractions 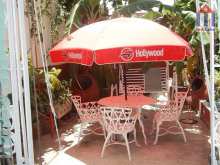 3 rooms for rent in Camagüey 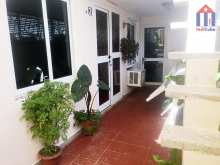 This like new hostel is located in the Puerto Principie district in Camaguey. It's included in the "Rocola Club" complex, where you find as well a restaurant, where you can have your meals while your stay.…
30.00 CUC
View Offer
Hostal Rocola Club /en/casa_particular_cuba/camaguey/hostal_rocola_club.html 12:00 PM 11:00 AM Monday through Sunday, all day CUC cash Avenida Finlay 70100 Camagüey CAM Cuba +53 Modern hostel in Puerto Principe - Camagüey 30.00 CUC - 30.00 CUC 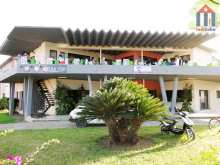 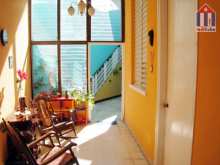 Room for rent, right in the center of Camagüey

Hostel room, just a few meters from the Plaza de la Merced in the center of the old town of Camaguey. Around we have the most important sights of Camaguey, Cuba. The room has a double bed and a single bed.…
30.00 CUC - 35.00 CUC
View Offer
Casa Deysi II /en/casa_particular_cuba/camaguey/casa_deysi_2.html 12:00 PM 11:00 AM Monday through Sunday, all day CUC cash Calle Popular Camagüey CAM Cuba +53 Room for rent, right in the center of Camagüey 30.00 CUC - 35.00 CUC 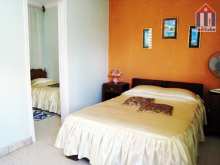 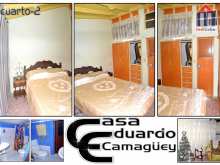 Casa particular in Camaguey just a few meters from the center

Private hostel in Camaguey within walking distance of the most important tourist attractions of the city. It's located in a typical historical house: very high and therefore less hot. The room has a double…
20.00 CUC - 25.00 CUC
View Offer
Casa Rios I /en/casa_particular_cuba/camaguey/casa_san_martin_1.html 12:00 PM 11:00 AM Monday through Sunday, all day CUC cash San Martín 70100 Camagüey CAM Cuba +53 Casa particular in Camaguey just a few meters from the center 20.00 CUC - 25.00 CUC 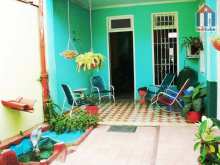 Cheap hostels for traveler in Camaguey

The budget traveler will opt for a casa particular to stay in Camagüey. These economic private hostels mainly are located in the houses of the old city center and surroundings.

Find here our offers for cheap hostels in Camaguey. Choose yours and reserve your stay safely and quickly!

Although the facades of the houses facing the street may seem a bit simple, inside you find well-equipped rooms and beautiful and green courtyards (patios) - perfect for relaxing after a walking tour through the labyrinthine city center of Camagüey.

A casa particular is certainly the best choice to be close to the sights, save money and get a cozy lodging in Camaguey, Cuba.

The vast majority of the casas particulares in Camaguey is located in the Old Town, between the train station (Terminal de Ferrocarril) and the Parque Jose Marti.
Here is where the tourist wants to be: right in the center, near the tourist attractions.

It is not so easy to find your way through the maze network of streets and alleys here. For your guidance may serve the Calle de la Republica street, passing from north to south through downtown Camaguey.

The bus station of the Viazul buses (the most important means of transport for tourists in Cuba) lies southeast of the River Hatibonico.
From here it is about 2 km to the city center. The best is to take a bicitaxi (Cuban rickshaw) or - if you have lots of luggage - a taxi.

The Ignacio Agramonte airport of Camaguey (CMW) is about 7 km from the city on the extension of Avenida Carlos Finlay. Who arrives here, should also take a taxi.
If you advise your arrival time in advance, the landlord of the booked hostel will pick you up. This is the most convenient way to get to your accommodation without getting lost.

If you arrive by train, the distance to the center is short. The Railway Station (Terminal de Ferrocarril) is located at the northern end of the Calle de la Republica, which takes you directly to downtown Camaguey.

The sights are mostly in the city center. Camaguey - or Puerto Principe, as it was called until the early twentieth century - is full of history, culture and architecture.
The most emblematic are the Tinajones - gigantic jugs, scattered throughout the city. In the past they served to collect rainwater in this arid region of Cuba.

The highlights of a sightseeing in Camaguey are the churches, squares and some museums:
The Ignacio Agramonte park is easily recognized. In the center you see the the equestrian statue of the Hero of the first Cuban War of Independence. Next you have the church Iglesia Catedral de Nuestra Señora de la Candelaria, which has a platform on the roof, from where you can enjoy nice panoramic view over the city and its surroundings.
After that, you deserved a coffee or soft drink in the Café Ciudad on the opposite side of the square.

Who wants to know more about the Hero of Independence, should visit the birthplace of Ignacio Agramonte (Casa Natal).

The Provincial Museum (Museo Provincial) shows interesting objects from the colonial era of Cuba, apart some paintings and a curious collection of pieces from different periods. Don't miss the nice park behind the building!

One of the most beautiful squares is the Plaza del Carmen, which is a bit further away but worth a visit.

For art lovers is recommended a visit to the Casa de Arte Jover.
The most important of the culture in Camaguey is undoubtedly the famous Ballet. In the Teatro Principal you can see the worldwide known dancers.
The landlord of your casa particular Camaguey can advise and help if you want to visit a performance.

There are numerous restaurants and paladares (private restaurants) in Camaguey, Cuba. You find Cuban Creole cuisine, but also a good Italian restaurant ("Dino's Pizza") and Spanish cuisine.
Who doesn't want to go out to eat, should try the home cooking offer of the casa particular hostel. The owners are familiar with the eating habits of international tourists and will prepare dishes according to the wishes of the tenants.
People who are on a special diet, such as vegetarians or vegans have the possibility to order the food as they need.

Statistics say, that the streets of Camaguey have a higher crime rate. Especially bag snatchers act oftener in the narrow streets if the center than in other Cuban cities.
However, one should not worry too much. If basic rules are followed, like carrying money, documents and valuables always close to the body (preferably at the front), the risk is minimized, to be robbed.
Recently, the Cuban government has installed security cameras at key points of the city, which has considerably improved traveler safety.

The important things you can leave without any problem in your booked casa particular in Camaguey. Landlords are trustworthy people who will always protect the belongings of their tenants.

In general in your holidays in Cuba you can always count on the help of the hostel owners.
Wether it's organizing a trip to the Playa Santa Lucia beach or the pick-up from the bus station or to reserve a ticket for the theater - the landlord of a casa particular Camaguey will help you with anything.

Check out our offer for cheap accommodation and book the right hostel for your stay in Camaguey Cuba!

For any question you can contact us at any moment.